Based on the Minister of Environment and Forestry Decree No. 1231 in 2017, the Tahura Bukit Soeharto covers of 64,814.98 hectares. The Tahura is located in the administrative region of the districts Kutai Kartanegara and Penajam Paser Utara in East Kalimantan Province. Following the East Kalimantan Governor Regulation No. 101 of 2016, the Tahura is managed by the Regional Technical Implementation Unit (UPTD) of the Tahura Bukit Soeharto.

As it was originally established as a Grand Forest Park (Taman Hutan Rakyat-Tahura) , the Bukit Soeharto forest area has to be managed in accordance with the regulation of managing a Nature Conservation Area (KPA), of which the main function is protecting life support systems, preserving diversity of plant and animal species and sustainable use of biological natural resources and their ecosystems (Regulation of the Minister of Environment and Forestry of the Republic of Indonesia Number: P.35/MENLHK/SETJEN/ UM.1/3/2016 concerning Procedures for the Preparation of Management Plans in Natural Reserve Areas and Nature Conservation Areas). 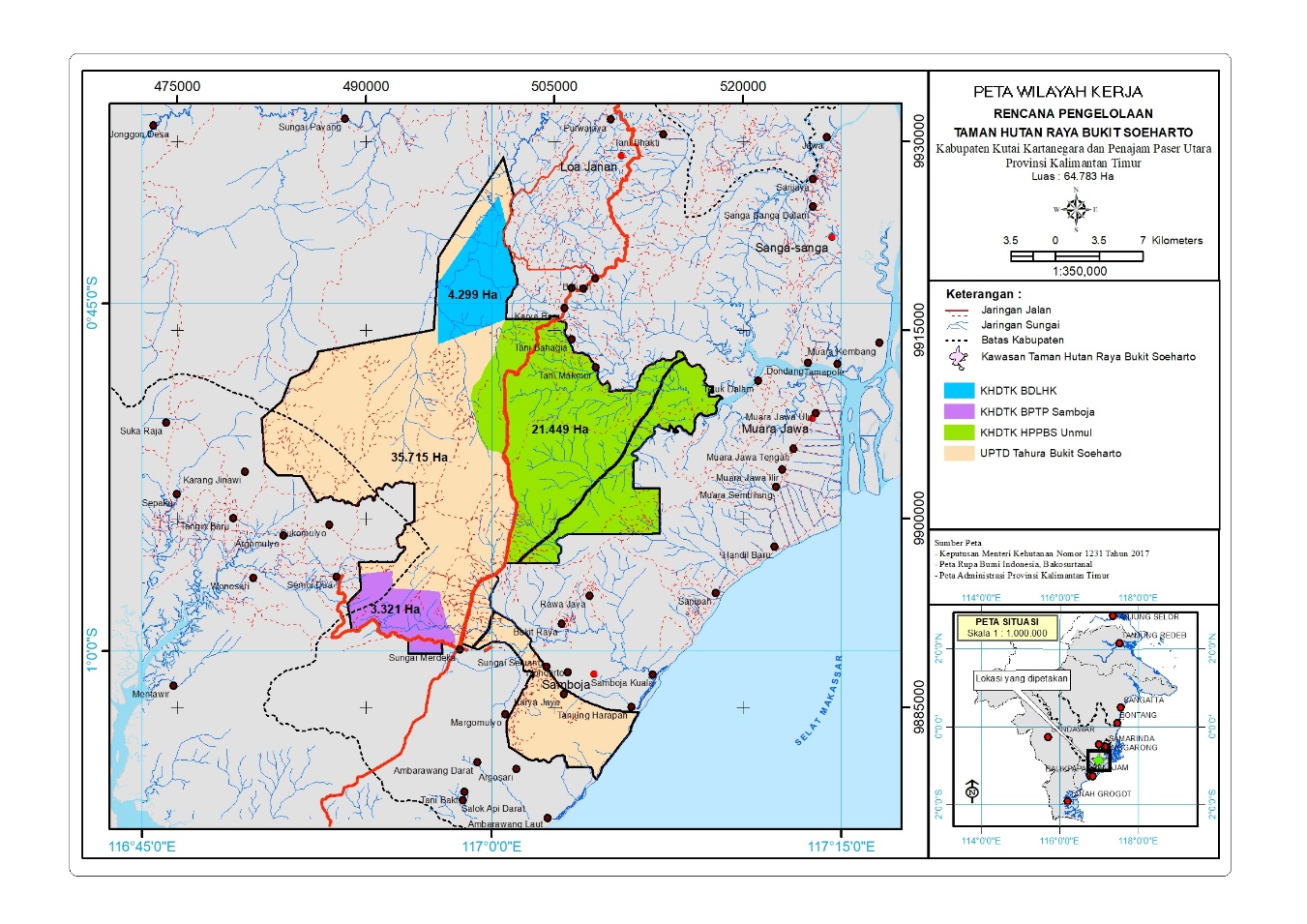 Therefore, a document of for managing the Tahura Bukit Soeharto was prepared with the following objectives: 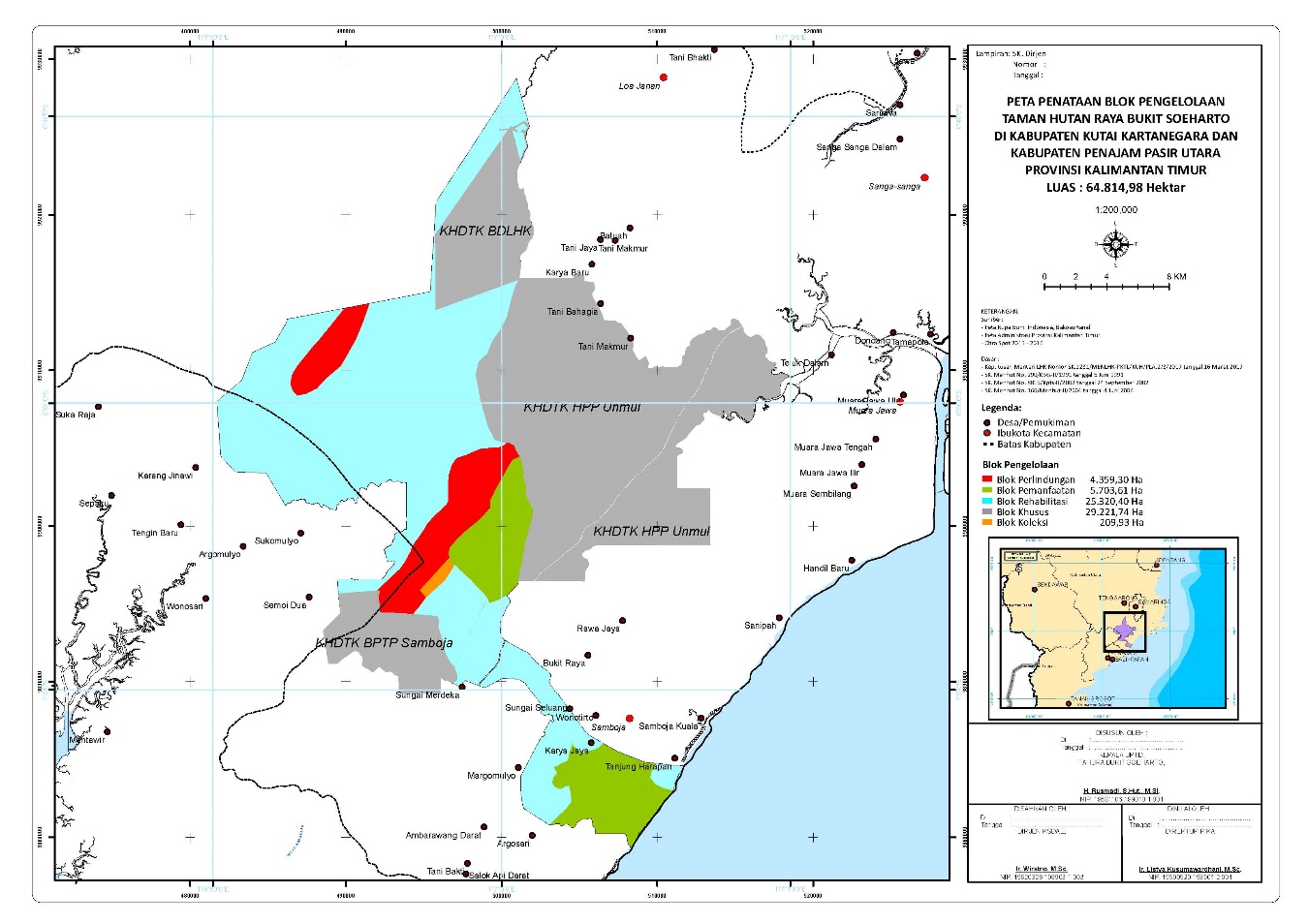 FORCLIME Technical Cooperation (TC Module) played an active role in preparing the Tahura Bukit Soeharto management document, starting from the preparation (coordination meetings, discussions); conducting public consultations; providing GIS experts to conduct spatial analysis, experts to assist with the writing and editing process); facilitating the document evaluation by the Ministry of Environment and Forestry Team (Directorate of Patterning and Nature Conservation Information) and capacity building for Tahura Bukit Soeharto staff through a coaching clinic for planning documents. In addition, FORCLIME is also actively involved in accelerating the endorsement process such as supporting the process of improving post-assessment documents, escorting the process at the Ministry of Environment and Forestry, public consultations and coordination.

The documents on the management of the Bukit Soeharto Tahura management block have been validated by the Director General of Conservation of Natural Resources and Ecosystems through Decree No. 415/KSDAE/SET/KSA.0/10/2019 concerning the Management of the Bukit Soeharto Grand Forest Park, Kutai Kartanegara and Penajam Paser Utara Regencies of East Kalimantan Province. Furthermore, it will be used as a guide in preparing a long-term management plan (RPJP) for the next 10 years.

FORCLIME's next supports will be related to preparing the Long-Term Management Plan of the Tahura Bukit Soeharto. FORCLIME is committed to actively support the process during the preparation such as coordination meetings, discussions; conducting public consultations; providing GIS experts to conduct spatial analysis, experts to assist with the writing and editing process); facilitating document evaluation by the Ministry of Environment and Forestry Team (Directorate of Conservation Areas) and additionally, will be involved in accelerating the approval process.